For San Diego - For The San Diego Chargers - For Mission Valley

The Pathway to Understanding the Chargers

The Pathway to Understanding the Future of Mission Valley

A Proposal to Create a Solution to Continue a Tradition

For the City of San Diego, the San Diego Chargers, and San Diego Fans and Businesses Providing a Portal Providing Information

5. The Anchor for Achieving the Change in Reality: Chargers Stadium

6. To make the plan work: get the word out there with rapid releases and responses

PeterJessen-gpa.com is a pioneer in sports marketing from the standpoint of presenting professional sports united in an embrace with both the private and public sectors in order to better serve the teams, the cities, the fans, and the tax payers of the cities.

PeterJessen-gpa.com has created several sites and information files that directly relate to the San Diego Chargers in general and to the City of San Diego and Mission Valley in particular. This proposal is an outline for acquisition of the web portal and information developed by PeterJessen-gpa.com to better enable the stakeholders of Mission Valley to create a comprehensive sports-entertainment-real estate development complex in Mission Valley, a complex to be anchored by the new stadium for the San Diego Chargers. Available is the domain name and the web site (which can be expanded or absorbed into another site created from scratch using the same domain name), as well as files of related information. 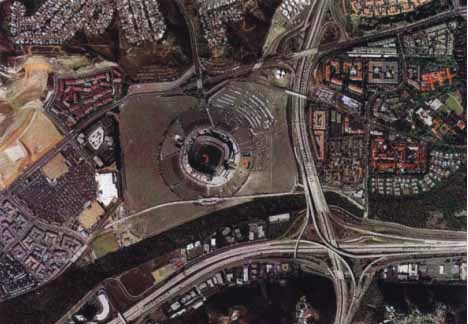 1. The stadium issues address all of the tough economic times ahead for most cities in the future, promising jobs, revenue, and economic growth for San Diego. Handled correctly, the stadium issue can help drive San Diego’s economy by creating jobs, generating investment, and helping to maintain the team’s importance to the quality of life of the citizens of San Diego.

2. The San Diego Chargers have been an integral part of San Diego culture for nearly 40 years. The fans make the San Diego Chargers what they are, and, as with all teams, they belong to the fans, which in this case means 3 generations of fans. The Chargers have declared they wish to remain in San Diego. They are a San Diego tradition. The web portal created by PeterJessen-gpa.com can enable all to work together so that the chargers can keep this tradition going!

3. The new reality, the Complex, would be (1) a destination and a gathering place for fans, visitors, tourists, consumers, and sports/entertainment/real estate/business people, as well as (2) a business, real estate and communications hub; these two together will generate profits in the near term and long term, year around; and (3) a place that would also involve the non-profit community of schools, community centers, and the faith community.

1. A large sports-entertainment-real estate development complex (built above and below ground) as proposed has a wide range of positives: jobs (covering the private sector unions), a wider tax base that would help contribute more dollars for education (covering the public sector unions), construction and the financing that goes with all of this (covering the business community), additional spending regarding office buildings, hotels, restaurants, retail shops, multiplex movie theatres, work force housing, luxury housing rising above the retail space, and large event hosting, including the Super Bowl at least once a decade (covering many of both the small and large business communities), will provide for planning also for tourists and game day people (covering the travel and hospitality sectors), etc. 10 acres of parks covers the need for public spaces as well.

2. To maximize profits, professional sports needs to recognize its real estate aspect (with the financing provided by the tenants and anchors, which can also include recording studios). With so much parking, other use facilities could be built, such as multi-plex movie theaters and large event hosting. The same is true of public spaces. In order to maximize these parts, the facilities would also be used to provide and generate communications, including using an Internet web portal, providing television and radio broadcasts, as well as generating print publications.

5. THE ANCHOR FOR ACHIEVING THE CHANGE IN REALITY: CHARGERS STADIUM:

1. Professional sports is now both big business and big entertainment.

2. The offered web portal and information can be used to gain full acceptance of the complex, city wide, to demonstrate its benefit for all: fans/tax payers, law makers running for re-election, and owners understandably wanting to have their business be profitable and competitive. When Jerry Jones took over the Dallas Cowboys, they were losing $1 million a month; but he had an off field vision that led to profitability. The same will be true with the San Diego Mission Valley Complex anchored by the San Diego Chargers.

3. The offered web portal can enable the complex, anchored by the team, to contribute significantly to the vital social fabric of the city/state/region, providing a "common ground" fan experience of enchantment around his or her water cooler, coffee pot, black board, TV, and/or six pack (conversations at work, home, school, and play, for men, women, and children of all ethnic and racial groups), in order to enchant, enthrall and excite the fans in their "iron cages of modernity" year round. This accomplished will set the stage for meeting the goal of selling out home games and of having 80% of all TV sets tuned to Charger games, both home and away.

4. Such a complex will generate (give or take a few hundred million) a benefit for the community and state to the tune of $1 billion in direct dollars generated by having a professional football team, and $1 billion in indirect dollars, all for greater San Diego.

6. To make the plan work: get the word out there with rapid releases and responses via www.chargersstadium.com

1. This is a multi- or mixed use facility Sports, Entertainment, Real Estate, Communications, Investment, Public Space Plan, outlining how to raise $610 million in non-tax investment, with NO public funding (only for infrastructure improvements (site preparation, streets, sewers, hookup, etc.), normal to any large-scale development.

2. The estimated Revenues of this plan are projected to be over $200 million/year, to start, through synergies for generating on-going revenues/profits/fan support, utilizing 40 ways to generate revenue in 26 revenue generating categories, including private and public space. This model includes the outline of a strategic plan for securing the funding.

4. The Stadium Complex would be (1) a destination and a gathering place for fans, visitors, tourists, consumers, and sports/entertainment/real estate/business people, as well as (2) a business, real estate and communications hub. These two together will generate profits in the near term and long term, year around, because Dan Diego’s weather encourages year-round use.

1. Have a "rapid response" policy (and criteria for when to use it and when to leave it in the drawer) to combat the attacks and hostilities from both print and broadcast media, in order to give the stadium campaign a chance to influence the desired outcomes (all falsehoods must be responded to, but only to the falsehood).

2. . This model discusses how to maximize both internal and external communications, including the use of the Internet and a team navigational and informational web portal, as well as outlines a PR program for use in the city/state/region/nation/world, as well as models of conflict resolution for use in getting all of the business/governmental/fan stakeholders in agreement.

1. This is a "Big Picture" Vision. It takes elements of various traditional financing plans and combines them into a new financing configuration for a multiple use sports-entertainment property that relate to all types of stadiums, even if they are in the same city or region.

2. The portal can be used to reach the public as well as detractors quickly and easily, so as to help keep the project on track and keeping it from being derailed. PeterJessen-gpa.com has developed many Internet and other Communications Strategies that can be used.

3. The portal can be used to explain and encourage the public and to make the case such that all, the citizens and the City and the Business Community, can all work together to achieve the goal of the Complex and the continuation of the Team and the Complex in the lives of San Diegans.

4. The categories of financing which the portal can be used to explain, include:

1. The $200 million that will come from the Chargers, both the NFL and the Spanos Family.

2. The $200 million that has to be put up from other sources, through a combination of investors, developers, stadium and complex revenue sharing, bonds backed by user fee increases in ticket and parking revenues, etc.

3. The web portal can be used to both explain and attract the comprehensive sports-entertainment-real estate development project which could generate revenue at least 40 different ways in 26 categories, at the last count conducted by PeterJessen-gpa.com.

4. On-going revenue: examples to explain using the Web Portal to generate acceptance of the plan include:

(2) $100 million -- from real estate development investments in the Com

(3) $100 million – from development bonds paid back from (a) anchors and (b) smaller business located in both the stadium complex as well as the wider complex outside the stadium.

(4) $100 million from entertainment, office and retail space, hotels and other residences, and other public space usage.

(7) If the DreamWorks model is used, an investment pool equal to this amount can also be generated.

(8) This does not include the revenue to be generated by the Super Bow, expected once a decade, of $250 million each time, nor the hundreds of millions to be generated in greater San Diego in addition because of the existence of this Complex.